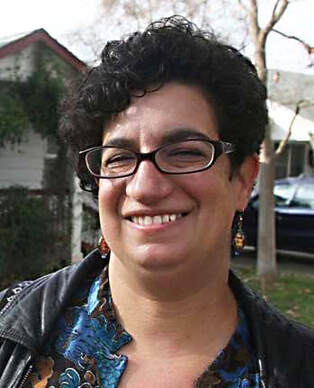 Ruth Mostern
I support the union because I believe that amplifying and concentrating workers’ voices is always worthwhile, and because I trust that the Union of Pitt Faculty will improve conditions, compensation, and transparency for me and for all academic labor at Pitt. My own experience bears this out: we formed a union when I was a graduate student in California, and it made a real difference.

Beyond that, I support the union because of my strong commitment to organized labor as a form of political action.  We are living in perilous and divided times. I worry that inequality and repression are such powerful forces, and that so many people feel fearful, divided, and disempowered. I am concerned that there are not enough opportunities to react effectively and collectively, and that there are too few positive visions for a more just society. In other countries, and in earlier generations here in the United States, unions have been cohesive organizations at the center of social life, and they have been part of the warp and weft of social justice organizing. Here and now, though, too many of us do not know what a vibrant and expanding union movement looks like, or how a robust culture of unions can make life better and resistance more effective.

I am convinced that when I have the chance to speak with and through a union, I will not only be improving my own workplace. I will also become part of an organized movement that is local, national, and global, one that speaks for my own interests as a worker while also allowing me to identify common ground with hundreds of millions of others. On our own, we may be poorly enfranchised, but through our union, we can speak and act in solidarity at a time when that is of critical importance.