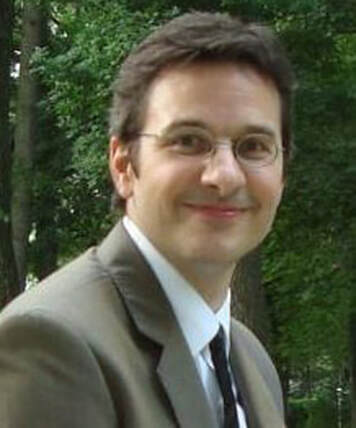 William Scott
At the University of Pittsburgh, it’s clear that the work of each of us impacts the work of all the others, whether we’re talking about teaching or research. As academics, we’re incessantly reminded to “specialize:” to research and build knowledge in a particular, narrowly-defined area of our field. We are not encouraged to become curious about—or, even worse, invested in—other fields that may be relevant to our work, as doing so will almost certainly slow down our productivity. I know that my own “specialized” work, however, will ultimately play a role in the advancement of everyone else’s. Even as specialists, we’re all connected.

I’ve been working in the English Department at Pitt since 2005, and I am now an Associate Professor with tenure. In twelve years I have gotten to know only a few academics in other departments in the university whose work directly impacts my own; but I know that there are many, and many of these do not have tenure, or have possibly not even been promoted once in the twelve years since I have been here. They teach, research, and publish under agreements that sometimes bear little or no resemblance to my own, even though we all do similar amounts of work that places similar demands on us. When I started talking to faculty in other departments as a faculty organizer and member of the Pitt Faculty Organizing Committee, I learned that some of my co-workers in other departments and schools had job classifications such as “permanent adjunct” or “permanent part-time” (?), and that even some faculty with tenure had one-year appointments which required them to raise close to 100 per cent of their own salaries through outside grants.

Faculty members serve in many different capacities and are, in fact, specialized--this is one reason Pitt faculty are so productive. But, as an organizer talking to my fellow academics here over the last two years, I’ve come to learn that we have in common much more than it might seem at first glance. The most important thing we’re missing right now is a unified voice to express our common interests as faculty members. Though we may have a vast range of different titles and job classifications, and though our fields of work may not appear to intersect in any meaningful way, we are still linked together as members of a community of shared interests: for starters, we’re interested in having a say in how common university resources are distributed and divided among us, and we’re interested in having clear guidelines and procedures to know how we can be promoted and otherwise rewarded for our work. If we organize ourselves to speak together, as one voice, these basic goals would be within easy reach.
​
--William Scott, English