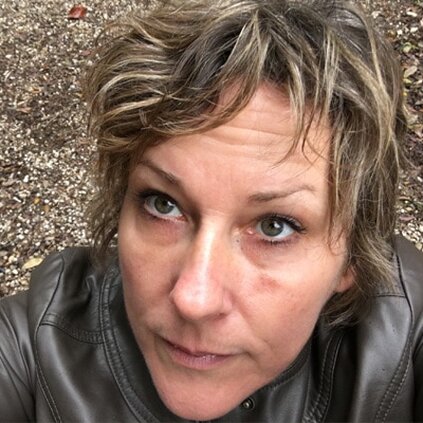 Jennifer Lee
​I’ve worked at Pitt for twenty years. After earning my MFA here, I landed a full-time job teaching writing and shortly thereafter, directing the English Department’s teaching practicum. For many years, I was so grateful to be making my living reading, writing, and teaching that I willingly overlooked the inequities around me: I wanted to believe in my own exceptionalism. But eventually the sheen wore off (as it does, as it must) and it became impossible not to see and feel the disparity: that an Assistant Professor makes roughly $30,000 more a year than I do; that I make twice as much as an adjunct with the same course load. That some of us have our way paid to professional conferences, while others do not. That some of us are afforded great leeway in our student evaluations, while others are not.

I think of colleagues who teach part-time, thoughtful and deeply invested teachers who juggle several jobs, and have been refused classes because their schedules don’t readily “fit” the needs of the department. I think of colleagues who have gone up for promotion and been denied because “the criteria have changed.” These are things about which I despair. What I hope for is this: a conversion process whereby full-time NTS faculty like me can, after a certain number of years, be eligible to move into the tenure stream by a vote of her colleagues, and part-time faculty members are likewise able to move into vacant full-time positions by departmental vote. Until recently, I had no idea such things were was possible, but in fact they are (see Vancouver, Pennsylvania).

Someone asked me the other day if I thought it a good idea to organize across ranks. Yes, I said, because I know that some of my T/TS colleagues are as troubled by the inequities and lack of transparency as I am, and not just because they see the perils others face, but because those inequities and that lack of transparency affect their work and their working relationships too.

Teaching at Pitt means a great deal to me. I deserve to be paid equitably for the work I do, to have the terms of my employment articulated clearly and applied fairly. I hope for a work life in which I can continue to move and grow. These are things I want for myself and for my colleagues. For all of us.