Provost Cudd has declared this academic year the “Year of Emotional Well-being” at the University of Pittsburgh. We believe that fair pay is important to our emotional well-being. More than just providing a means to survive, pay communicates the values of an institution. The university works because we do. We deserve to be paid fairly for our work.
​
The compensation article our Bargaining Committee proposed calls for a floor of $60,000/year for full-time faculty, prorated for part-time faculty. It would also establish a fair and transparent process for individual faculty to request salary adjustments if their salary falls below that of their peers due to racial/gender inequities or salary compression, and annual raises that keep up with inflation for all faculty members. Our Bargaining Committee developed this proposal with careful consideration to the sustainability of our institution, and these proposed pay increases are reasonable given Pitt’s budget surplus. We call on the administration to communicate their respect for faculty by accepting this proposal.

Fair pay means professional wages. We all have advanced degrees and expertise in our fields. There is no reason why a full-time faculty member should be paid an annual salary less than $60,000 for their work.

Fair pay means equal pay for equal work. Students pay the same tuition regardless of whether a class is taught by a full-time faculty member or a part-time faculty member. Yet part-time faculty are often paid substantially less than other faculty to do the same work. Part-time faculty are valuable members of our campus community and deserve to be paid commensurate with the work they do. We also know that factors such as racism, sexism, and salary compression can result in individual faculty members earning less for their work than their peers. We deserve a fair and transparent process through which we can resolve these inequities.

Fair pay means sustainable wages. In recent years, annual cost of living adjustments have not come close to keeping up with inflation. This means that we have been essentially taking a pay cut each year. Faculty deserve wages that keep pace with inflation so that we can live comfortably with a long-term career in academia.

We know this is going to be a fight. If the administration wanted to pay us more they would have done so by now. In order to achieve fair pay we have to demonstrate that we are united in our support for this proposal. To find out how you can show your support, talk to a Communication and Action Team member in your area or email us at info@pittfaculty.org. 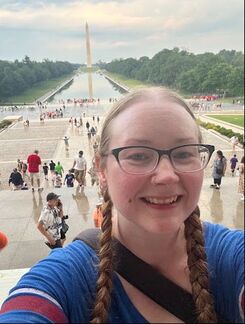 Meredith Guthrie, PhD
I started at Pitt in 2006 as a full-time lecturer and academic advisor in the Communication Department. 16 years and two promotions later, I just started making the minimum $60,000 base salary proposed by the Bargaining Committee a couple of years ago. For context, my dad made more than this with a high school diploma before he passed away in 2011, and my sister made more than this as a high school teacher with a bachelor’s degree in Texas last year.

I am the breadwinner in my family. My partner teaches part-time at Pitt and a few other colleges and universities in the area. Even when he is teaching the equivalent of a full-time load, his income is not half of what mine is. During the worst of Covid, he did not make one-third of my income. Because of the rising cost of health insurance and recent inflation, the spending power of my income has gone down every year since 2013, even with my promotions.

We are clinging to middle class identity by our fingertips. All of this means that I must teach overload classes so my family can survive.

I am fighting for a living wage that keeps up with the cost of living so that I can support my family. I love what I do. I love teaching and mentoring undergraduate students at Pitt, and I hope to do it for many years to come, but I need to be able to support my family at the same time. 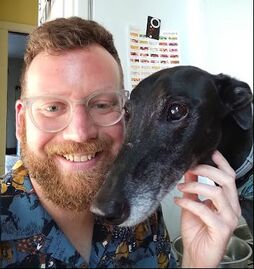 Lech Harris, MFA, PhD
When I was hired at Pitt as a part-time instructor in the fall of 2020, I was stunned by the extremely low adjunct pay. Skimming my letter of appointment, I was so surprised that I actually emailed the department curriculum coordinator back to ask if there had been a mistake. Instructors with a PhD, I knew, were paid at a higher rate – surely I had been given the lower rate by accident…? But of course, there was no mistake. Granted, I was used to the compensation at Rutgers, with its longstanding faculty/TA union, where I’d completed my degree – and where adjuncts made nearly double what I was being offered at Pitt. Obviously, getting involved in Pitt’s unionization campaign was a no-brainer for me: I knew a union contract was the only way I was going to get a real raise.

The conversations I had with other part-timers during the campaign only brought home to me how significant a problem the low pay had become. Many of my colleagues were at the end of their rope. I remember one instructor, in particular, who had just left Pitt before the start of the semester to take a full-time job at Target. I couldn’t blame her – I congratulated her on her new position. She wanted to keep teaching, but she couldn’t make it work anymore financially.

​I’m convinced that the deep dissatisfaction of Pitt’s underpaid part-time instructors was a major force behind the faculty’s decision to overwhelmingly approve a union. Now that we’re bargaining our first contract, we have a chance, finally, to ensure that all Pitt faculty are guaranteed a livable wage. 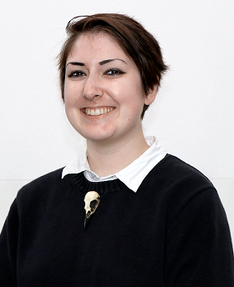 Charlotte M. Johnson
​When it comes to my salary, I really can't complain right now. I'm a healthy single person with no dependents, and I managed to find an apartment whose rent is still about the recommended 1/3 of my monthly income. I used to be paid much lower at my previous institution. I thought I had nothing to say about fair pay that wasn't just "everyone should have my privilege." And yet, costs are rising and I don't know for how much longer this financial comfort will last. The past four years have shown me that I can't reasonably expect true cost-of-living/inflation adjustments from Pitt, much less a decent raise when I go up for promotion (which is mandatory for Pitt faculty librarians in order to stay employed). Most importantly, however, is my tanking morale from seeing colleague after colleague leave Pitt because they could not afford to live in Pittsburgh on the salary our university pays. They take their talent and their institutional knowledge elsewhere, because at least there, they are paid what they are worth. It's a lousy feeling knowing that I could make more working somewhere else because I /like working at Pitt/. I want to put down roots in Pittsburgh, buy a house one day. But if Pitt is going to make no effort to retain me, or the colleagues that make working at Pitt so special, then I'm afraid I won't be able to stay. 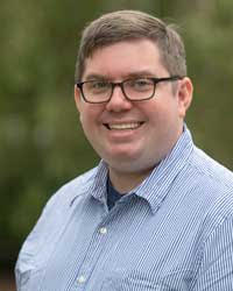 Drew Flanagan, PhD
My career in academia has driven home the crucial importance of unionization, especially when it comes to achieving fair pay for faculty at all ranks. From 2016 to 2019, I taught as an adjunct lecturer in the writing program and history department at Brandeis University. Brandeis is located outside of Boston, MA, one of the USA’s most expensive cities to live in. It was during that period that the part-time faculty at Brandeis ratified our first Collective Bargaining Agreement as part of SEIU Local 509. That agreement carried with it numerous benefits for contingent faculty like me, none more important than a 25 percent median per-credit pay increase for lecturers in the College of Arts and Sciences. Our Collective Bargaining Agreement also guaranteed us all annual raises, with the goal of achieving pay parity per credit with our full-time colleagues. The initial 25 percent increase per course felt like a revolution. I was sharing a substandard apartment with three roommates at the time, and that pay increase meant increased security and the ability to save money and plan ahead. The fact that I had won it alongside my colleagues gave me an enormous sense of pride. It is increasingly common for academics to spend years of their careers on contingent contracts, and who can eventually find a permanent job often depends on who is able, financially and emotionally, to stick with it. I was fortunate to have my union when I was finding my way to full-time, and eventually tenure-stream employment here at Pitt. Fair pay means giving our contingent colleagues, who have the same advanced degrees and qualifications as tenure-stream faculty, a fair shot at a rewarding career and the security necessary to do their work to the highest standard.

Drew Flanagan, PhD
Assistant Professor of History
Bradford campus
I have been fortunate to be consistently paid to be a teacher, first as a secondary language arts teacher and in the academy. However, in every negotiation for a contract in academic settings, negotiating a fair and equitable salary has always been a difficult road. From former deans who have hired me, I have been told that my request is not possible because “we have to think about equity.” I find this deeply ironic as a non-Black woman of color. Study upon study, as well as my lived experience, tells me that the answer to salary inequity is not further compression. Unions work to create thresholds of equal pay for equal labor. This power of the people reduces deals made behind doors and the ongoing omission of accountability when a person from the dominant culture is reckless in their work. Although most people think of unions as anti-company, or anti-university, unions and their stewards also work and negotiate to create processes and procedures that hold people accountable for their actions. Everyone is better when transparent processes of accountability are in place. Opaque and often inconsistent hiring practices causes discord, worry, and is an obstacle to wellness. Unions are part of lifting up transparency, which benefits all. 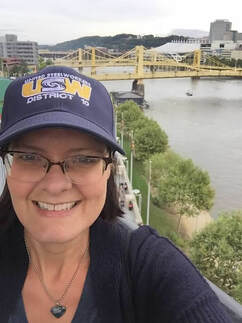 Melinda Ciccocioppo, PhD
​I love teaching. I knew this was what I wanted to be the focus of my career when I graduated with my PhD in psychology from Pitt in 2012. I took on part-time positions at institutions across western PA while I waited for a full-time job to open up. I taught a full course load spread across multiple institutions nearly every semester. I was lucky if I pulled in $20,000 a year. I taught a few courses at Pitt during that time. I was paid $2,700 to teach a lab course that I taught as a graduate student for three times as much. My graduate student TA was paid more than me when I taught Introduction to Psychology as a part-time instructor!

When I finally landed a full-time job at Pitt, I immediately accepted the offer of $48,000/year. In part because it wasn’t clear that the salary was negotiable, but also because that felt like a lot of money to me considering how little I was paid as a part-time faculty member. Six years and a promotion later, I am still earning less than $60,000/year. I teach over 400 students a semester. Faculty, like myself, are responsible for upholding the mission of the university to provide a world-class education. I love my job, but I deserve to be paid a fair wage to do it.